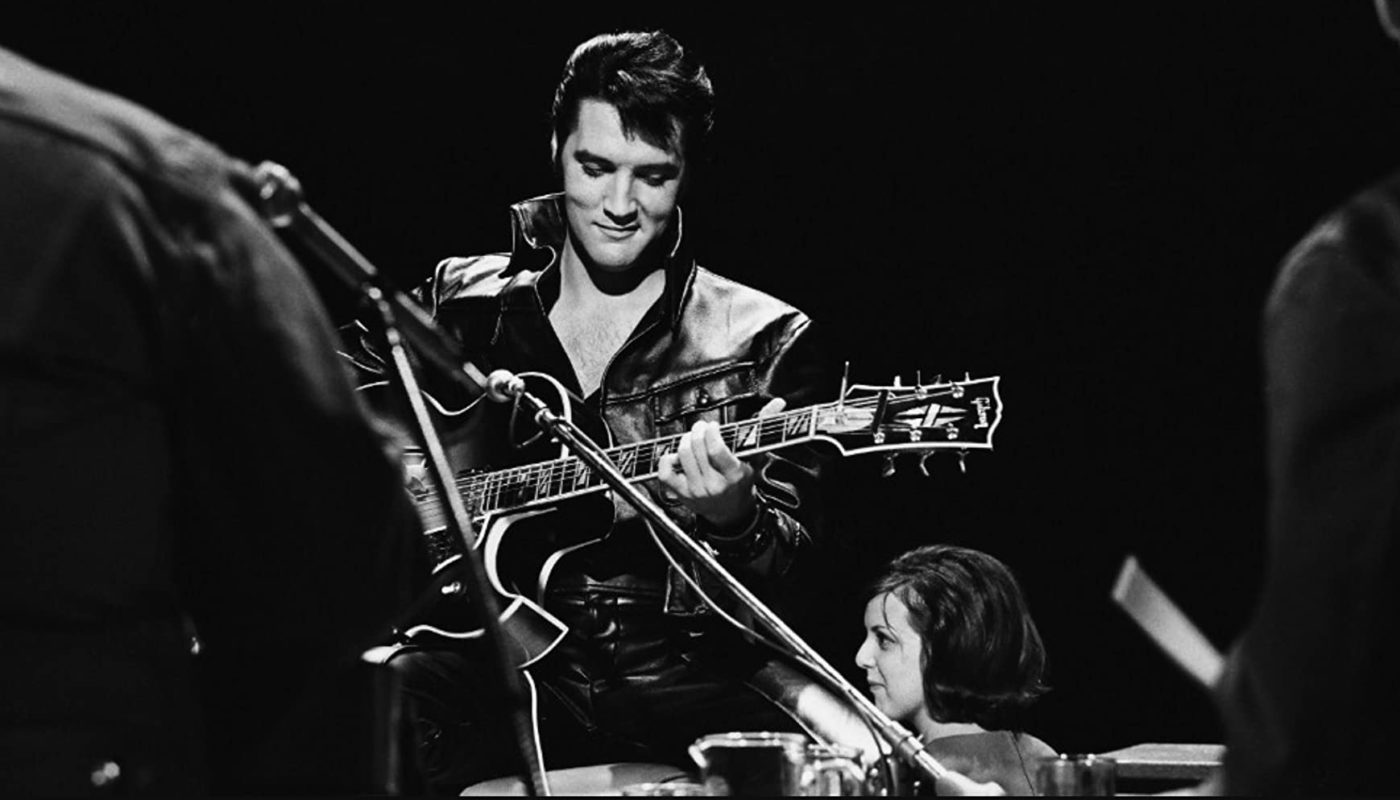 When Elvis was discharged from the Army in March of 1960, he made his way to Nashville to record for RCA Records.  Re-teamed with guitarist Scotty Moore and sax legend Boots Randolph, freed from the military and recording for the first time after his mother’s death, Elvis was unfettered.  The music he recorded no longer had a sexual edge, it was fiercely sexual and powerful.  Rock critic Greil Marcus described it as “pornographic”; he meant it as a compliment.  For the next year, Elvis would release a series of hit songs and perform without the restraints he had shown in his early career.  And then, for whatever reason, he packed it up and moved to Hollywood and made a string of mediocre movies and recorded the pre-packaged music that supported them.  The Beatles arrived in America; Elvis was releasing Fun In Acapulco and Kissin’ Cousins.  The Beach Boys evolved and created “Pet Sounds”; Elvis released Paradise, Hawaiian Style.  “Sgt. Pepper’s Lonely Hearts Club Band” was released, and a few months later Elvis released Clambake.

It may as well have been the final nail in his coffin. There was no way to even consider Elvis in the same category as the popular bands of the time. Those bands were evolving at a logarithmic rate, pushing the bounds of production and the structures of popular music.  Elvis was making terrible movies and adhering to formulas that had grown tired years before.  With an infant daughter and soundtrack albums that couldn’t get anywhere near the top sales charts, Elvis gambled and convinced NBC executives to give him a one-hour television special. Originally pitched as an hour of Elvis singing Christmas songs on a cheesy “home for the holidays” set, Elvis realized this was his only chance at redemption. And he assembled the songs he loved. He considered the staging he loved. And when it came time to record, Elvis immediately and clearly re-discovered himself. And it was glorious.

After filming was finished, Elvis told an NBC executive, “I give you my word, I will never sing another song I don’t believe in.” And for the rest of his career, it seems he kept that promise.  Even the horribly-scripted movies that followed the ’68 Comeback Special (most notably, 1969’s abominable Change Of Habit, with Elvis as a doctor who can heal autism with his hugs and make sexy nuns give up their calling for him) showcased more energetic performances of songs that Elvis would hand-pick. When Elvis re-discovered his voice, close friends described it as “like he was out of prison”.  And he was.

The path to Elvis’ “imprisonment” seems fairly common to me. It’s not an immediate exile, based on a single decision for isolation.  Instead, it’s a slow process rooted in making one “lesser of two evil” decisions after another. It’s a steady degradation based on compromise and conflict avoidance. In Elvis’ case, he traded the chaos of recording and touring and navigating the public’s ever-shifting tastes for the security of successive multi-picture deals. But that security robbed him of his own creative impulses and his own internal compass, and after seven years, The King of Rock & Roll found himself playing parts in movies he didn’t care about, singing songs he didn’t have any passion for, to an audience from whom he grew increasingly estranged. And suddenly, not only had he lost himself, but by the end of 1967, he’d lost everyone else, as well.  One of the reasons Elvis and Colonel Parker sought out a TV special was because his films had become profit risks, and no studio was willing to offer him a contract. And so he signed a package deal with NBC for one television special and one movie, for almost no money. And as the contract was hammered out, it was clear that NBC was the one taking the risk… with a man who had been the most celebrated performer in the world, not eight years before.

One of the sad parts of Elvis’ fall from grace is that his audience had turned on him so completely, and so rapidly.  In a few months, it seemed the world finally tired of Elvis mediocre, hollow performances and finally gave up with a whimper, not a bang. The saddest part, however, is that they were right for doing it. Because for too long, they held on for the Elvis that they had loved in ’54 and in ’57.  The Elvis they waited for as he fulfilled his draft duty from ’58 to ’60. The raw, sexual Elvis of his first year out of the Army. They waited for that Elvis, and finally, after years of waiting, they grew weary and left him. No dramatic break-up. They simply packed their bags and left. Elvis earned it.

When my wife and I first moved in together in 1998, I remember sharing a half-baked thought with her about the seemingly inexplicable appeal of sports talk radio. I had been having a strong gut reaction to something I’d heard on the radio, and still being very new to the “being around each other all day, every day” thing, she was trying to figure out why I was having a visceral reaction to talk radio (visceral reactions to insignificant things was not an uncommon character trait, at that time).  She kept questioning me and offering up logic to help me ease the reaction, while I was still trying to come to an understanding about why sports talk radio even existed. Frustrated with my own inability to reconcile my thoughts and feeling cornered and misunderstood by her, I lashed out.  I tantrumed and angrily threw a plastic cup half-filled with ice into the sink, and refused to say another word on the subject. I had put an end to the fight she was never aware we were having.

I remember that moment now because it was a time in my life when even the most insignificant thing could stir me into an opinion or an emotion. I had never listened to sports talk radio before or since. I have no idea why I had heard it that day. But something about it stirred a strong reaction within me, and I chased that reaction. I allowed myself to feel it. I gave into the confusion and the frustration, and allowed myself the right to feel something – anything – on the topic. despite my infantile reaction, I even allowed myself to feel misunderstood and frustrated. Some time soon after that experience, I found myself in similar situations, wondering “Is it really worth it to get that worked up over this?” and coming to believe that no, it probably wasn’t. And so I modified my voice slightly. Eventually, regular denial of your reactions will cause you to question your motives. And so what started with me not reacting evolved into me not feeling.  All well-intentioned and rooted in the idea that my relationships were more important than my reactions (and eventually, then my motivations).  And slowly but surely, that attitude crept into nearly all of my relationships and nearly all of my motivations.  Until I woke up one day and realized how easy it was for the world to simply turn their back on me – because they no longer knew the person they were turning their back on.  They just knew it wasn’t the “me” they once knew.

When that moment arrived for Elvis, he did what he had to do to rectify the situation.  He sang the only way he knew to sing.  He embraced the audience the only way he knew how to embrace the audience.  And he did it full-throttle, with no hesitation or self-doubt.  And within one televised special, 45 years ago today, Elvis mended many broken relationships.  He reminded his fans, “Hey.  I’m still in here.  That guy you’ve been looking for?  He’s still here. I’ve made some bad choices, and I know I disappeared on you.  But I’m here now, and we just need to get re-acquainted again.” And then he reminded them exactly what they’d been looking for all those previous years.

And so I sit, 45 years later, clacking away at the keyboard, re-learning how to have reactions and motivations and even intentions. And how to experience those. And how to share them with the world. And trying to find my voice again, because I think the world around me that has been drifting away for years has missed it just as much as I have. 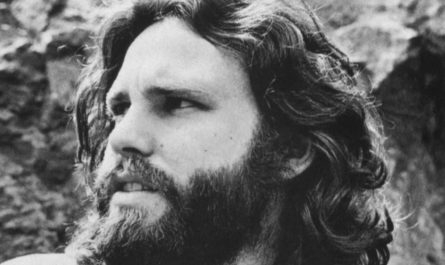 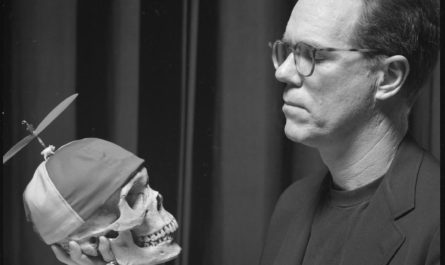 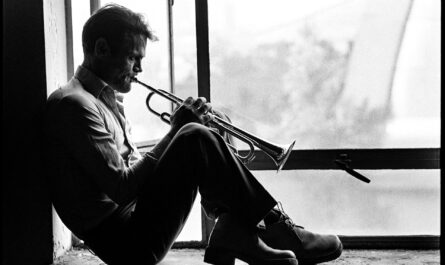